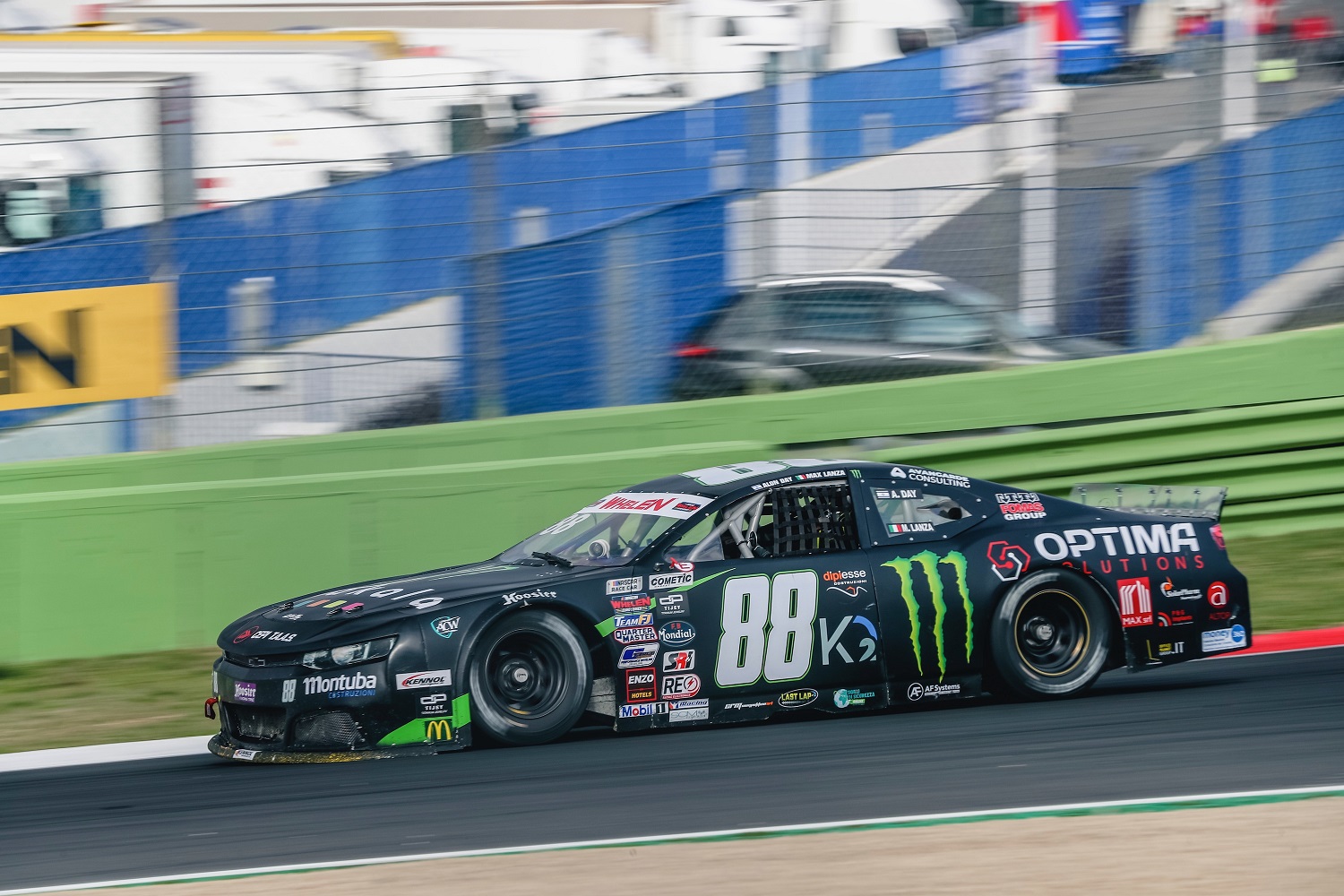 Rome – Reigning Legend Trophy champion Max Lanza will take part in the 2022 NASCAR Whelen Euro Series season in the EuroNASCAR PRO championship. The Rome-native will take the next step in his NASCAR career and will be on the grid of the European NASCAR series with his faithful CAAL Racing #88 Camaro.

“After winning the Legend Trophy last year I felt the need for a new challenge. In agreement with the team we decided to move up to the top category, thus competing among the professionals of the European NASCAR championship.” commented Lanza, who last year conquered one top-5 and five top-10 overall in EuroNASCAR 2, finishing 9th in points.

“The level of the competition will be very high, every mistake will cost a lot of positions. The main goal is to be among the protagonists of the Challenger Trophy and then trying to make our way into the overall top-10. Being able to measure myself against such high-level professionals from the world of motorsport is a great milestone for my career. I feel energized and determined as never before. I can’t wait to start and find out where we’ll be on the grid.”

“It is a great pleasure to continue along the path we have taken with Max,” said Luca Canneori, CAAL Racing Team Manager. “It will be a very challenging move and this gives us the right motivation to support Max in the best possible way. Racing with the best drivers will be a great incentive for us to reach the Challenger Trophy goal. ”

Ahead of season opener scheduled for April 9-10 at Hockenheim, Lanza has been selected to represent NWES in the eNASCAR International iRacing Series, the official NASCAR virtual series including the protagonists of the international championships from Canada, Mexico and Europe: “I am proud to be able to represent the series that launched me in the world of motorsport as well as the partners supporting me and making this dream possible. The biggest thanks go to them,” concluded Lanza.

The 2022 NASCAR Whelen Euro Series season includes six events in as many European countries – Hockenheim in Germany, Valencia in Spain, Brands Hatch in the UK, Most in the Czech Republic, Zolder in Belgium and Grobnik in Croatia – as well as a special All- Star event in Vallelunga, Italy. The champion will be crowned on October 29-30 at Grobnik.